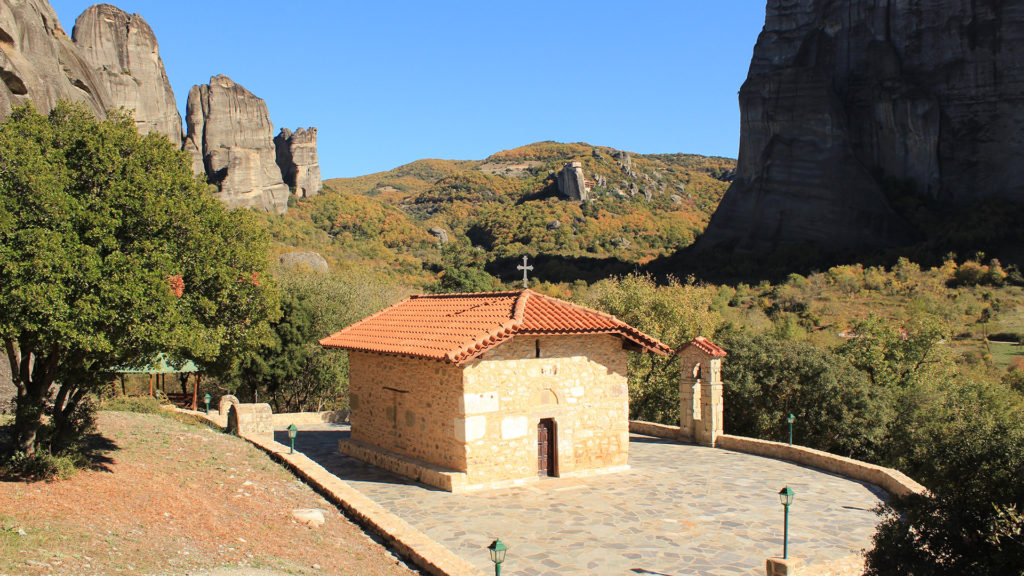 In the late 12th century the Church of Panagia Doupiane constituted the first nucleus of monastic life at the Meteora, and for about two centuries it served as the kyriakon (central church) of the Skete of Stagoi, a place where the local hermits would gather together for communal worship. The Skete was governed by a dikaios (prior) or protos (primate), who was also abbot of the Monastery of Panagia Doupiane. Two figures who played a key role in this development were the ruler of Thessaly, Symeon Uroš Palaiologos (1370) and the hieromonk Neilos ‘the Beloved of God’, prior of the Diocese of Stagoi and abbot of the Monastery of Panagia Doupiane.

In the post-Byzantine period the Skete of Panagia Doupiane ceased to exist. It was superseded as the leading foundation by the ‘Skete of the Meteoron’, that is to say, the Monastery of the Great Meteoron, evidently at the initiative of St. Dionysios the Merciful, Metropolitan of Larissa and founder of the Monastery of St. Nicholas Anapausas.

Today all that survives of the Monastery of Panagia Doupiane is the small old church to the south-east of the Anapausas Monastery. The Church of the Panagia dates to the late 12th century, while its wall paintings date to the early 13th century. By virtue of a metropolitan act, the church and its environs became a metochion (dependency) of the Great Meteoron Monastery. The metochion celebrates on the feast of Zoodochos Pege, immediately after Easter. 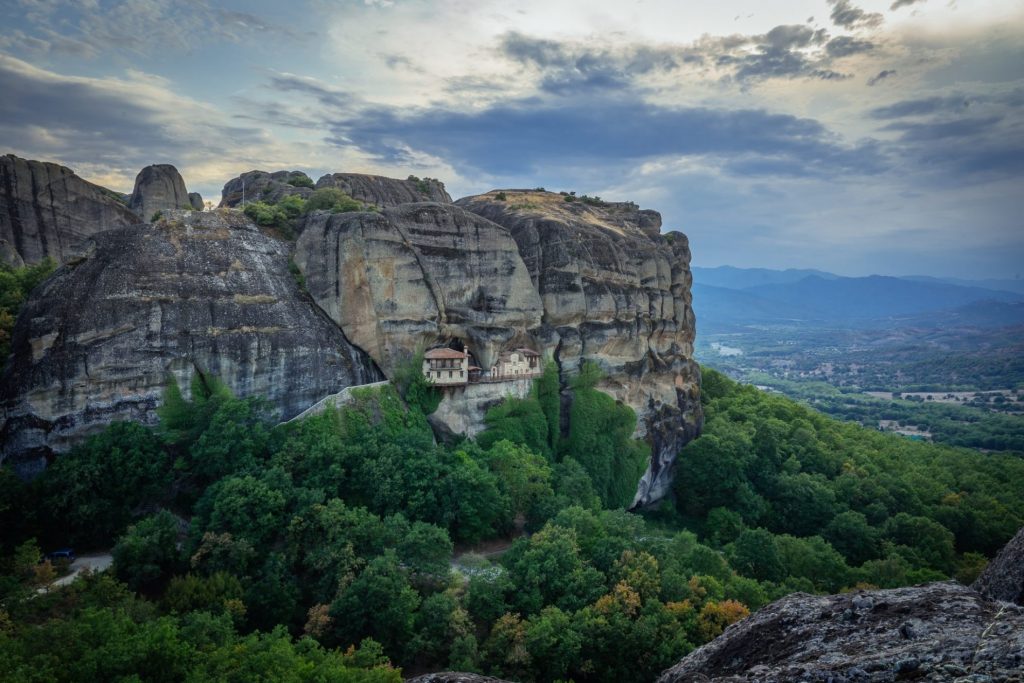 The Monastery of the Hypapante (Presentation of Christ in the Temple) lies to the north of the Great Meteoron. Built in the cavity of a rock, it was founded by the venerable protos Neilos and originally dedicated to the Ascension of Christ. Neilos is depicted in the katholikon, kneeling in supplication at the feet of the Virgin Eleousa. Later the monastery was dedicated to the Presentation of Christ, although it is not known exactly when this happened or why.

The Byzantine katholikon takes the form of a single-nave cross-vaulted church with a spacious narthex of later date. The wall paintings in the nave date to 1368, while those in the narthex date to 1784. The latter were executed by the painters Demetrios Zoukis and George from Ioannina.

The Monastery of Hypapante came under the jurisdiction of the Great Meteoron in the early 17th century as a kellion (cell). The abbot at this time was the hieromonk Symeon. During his abbacy the narthex of the katholikon was constructed along with various other new buildings, indicating an increase in the number of monks. In 1788 the already ruined Monastery of St. Demetrios was ceded to the Hypapante Monastery. During the 19th century the monastery was abandoned. The secure stairway that exists today was carved out of the rock in 1930.

The monastery founded by the protos Neilos, now renovated and restored, today belongs to the Great Meteoron Monastery. It celebrates on 2 February, the feast of the Presentation of Christ in the Temple. 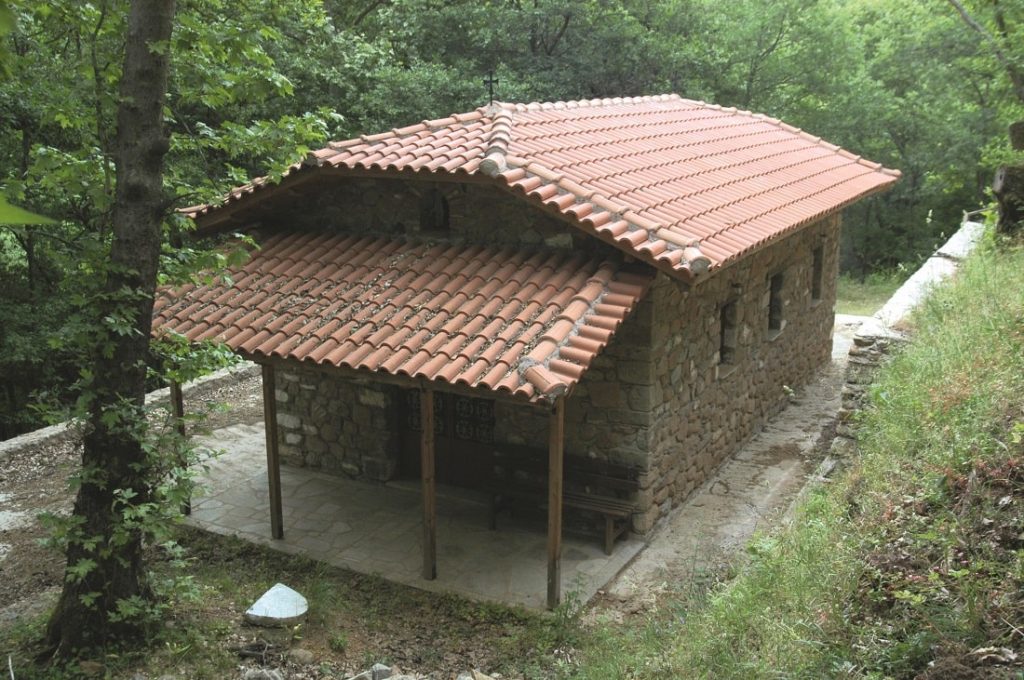 One of the treasures held by the Monastery of the Holy and Great Meteoron is the miracle-working icon of the Panagia Kanaliotissa. According to the tradition associated with it, the icon was formerly kept in a chapel at the metochion of the Monastery of Lykousada at Kanalia near Karditsa. During the period of Turkish rule, Turco-Albanians set fire to the metochion, including the chapel containing the icon. However, the icon of the Panagia managed to ‘escape’ in miraculous fashion. In a vision, the Virgin Mary revealed to the pious monk Sophronios of the Great Meteoron that the icon was near his monastery, at the locality known as Kanalaki. When Sophronios and the monastery’s abbot reached the spot, they beheld the icon with its icon-lamp lit before it. After paying homage to the icon, they took it into the monastery. The inhabitants of Kanalia reclaimed it and took it back to their village but the icon miraculously returned to the Great Meteoron. After this had happened three times, it was decided that the icon should remain at the monastery and that for one month every year it should be taken back to Kanalia as a blessing for the villagers. This tradition has been kept up to this very day.

At Kanalaki a church dedicated to the Panagia Kanaliotissa was already in existence before the year 1845. This church, now renovated, is today a dependency of the Great Meteoron Monastery. It celebrates on 8 September, the feast of the Nativity of the Theotokos.

Metochion of St. Athanasios of Meteora at Ypati in Phthiotis 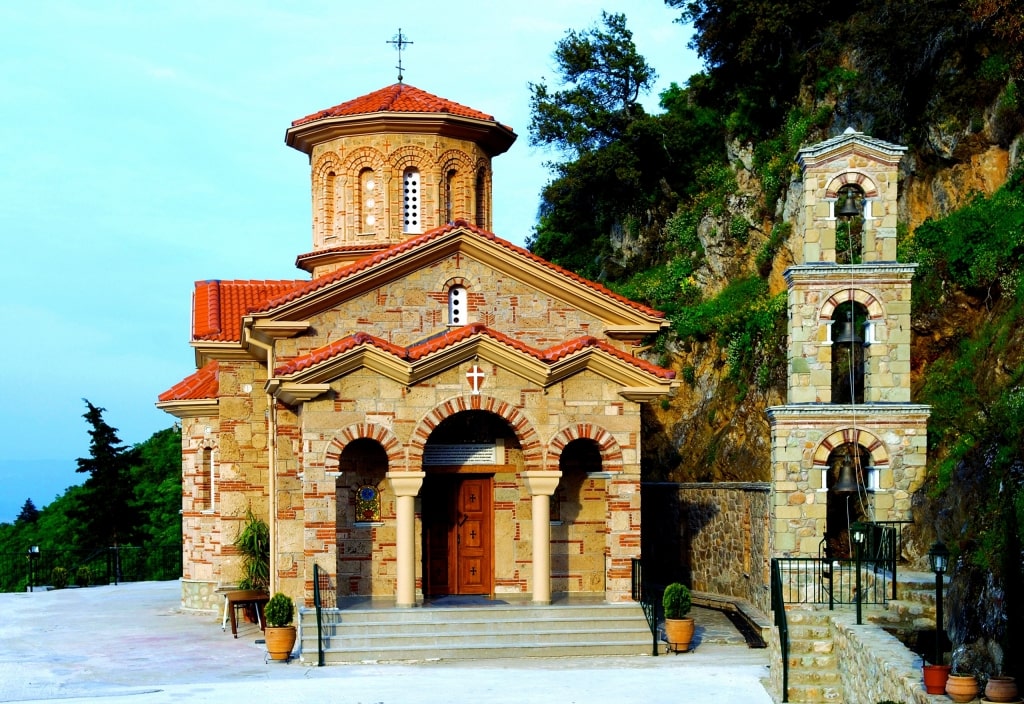 The village of Ypati in Phthiotis is traditionally regarded as the birthplace of St. Athanasios of Meteora and the cradle of Christianity in Thessaly. According to his Life, in about 1319 St. Athanasios escaped from his home town after its capture by the Catalans. While staying in Constantinople, he came into contact with various church figures, including hesychasts like the patriarchs Isidore Boucheiras (1347-1349) and Kallistos (1350-1353 and 1355-1364). Later he settled on Mount Athos, where he was tonsured as a monk. In about the year 1333 he settled at the Meteora, where he would found the Monastery of the Holy and Great Meteoron.

In 1994, in the birthplace of St. Athanasios, the founding father of the Great Meteoron, a church was erected in his honour at the initiative of the monastery’s brotherhood. It is worth noting that in the past an earlier church dedicated to the saint once existed here.

The Church of St. Athanasios of Meteora in Ypati was inaugurated as a dependency of the Great Meteoron on 27 August 2006. Its feast-day is on 1 September. 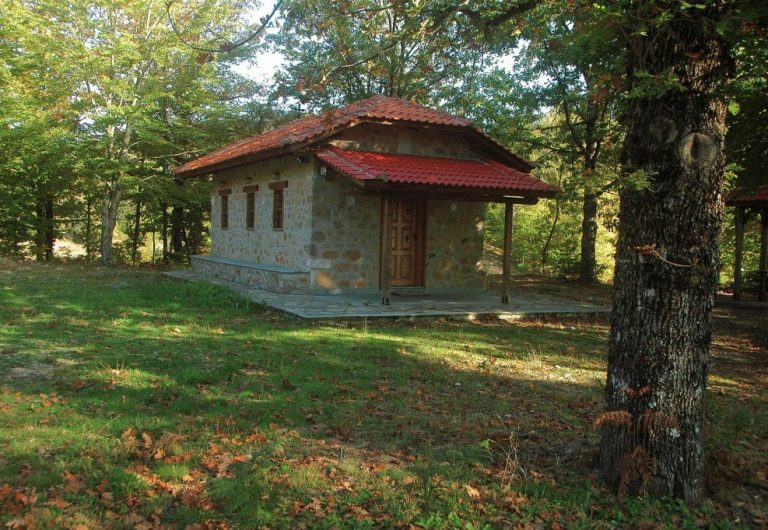 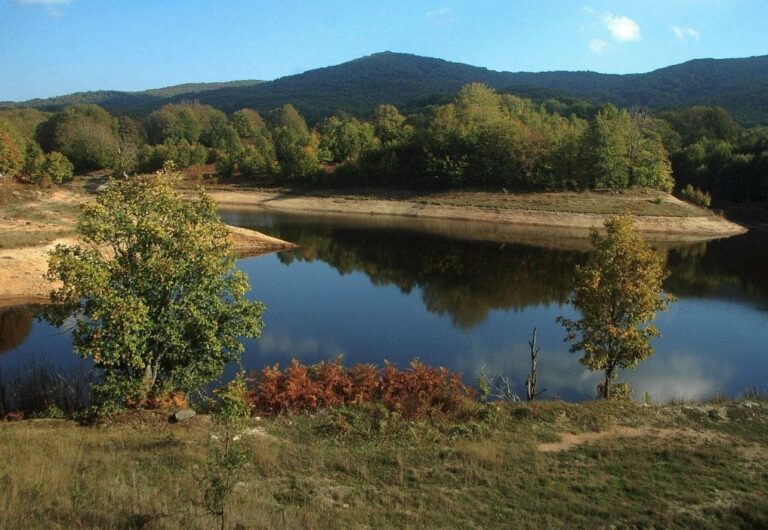 During the abbacy of Archimandrite Athanasios Anastasiou and at his own initiative, a church was erected in honour of the Transfiguration of the Saviour in the monastery’s Longa Woods, near the village of the same name. This metochion is situated in an area of great natural beauty, close to the artificial Longa Lake, north of Trikkala.